LOS ANGELES (September 22, 2022) — Beep Inc., a provider of multi-passenger, autonomous electric mobility solutions, today announced its induction into the ITS World Congress Hall of Fame as the winner of the 2022 Industry Award for the Americas. The award, announced at the annual ITS World Congress event in Los Angeles on Wednesday, recognizes Beep’s continued expansion of its autonomous mobility network in Lake Nona, a 17-square mile master-planned community and advanced district within the City of Orlando, Florida.

The Lake Nona network is the longest-tenured autonomous shuttle deployment in the United States, with the first routes launched in September 2019. In 2022, Beep added new stops to key locations within the community, connecting residents, employees, students and visitors to their most-visited destinations. In May, the company integrated ride-hailing capabilities to its fixed routes to enhance shuttle availability and extend its existing transportation model. 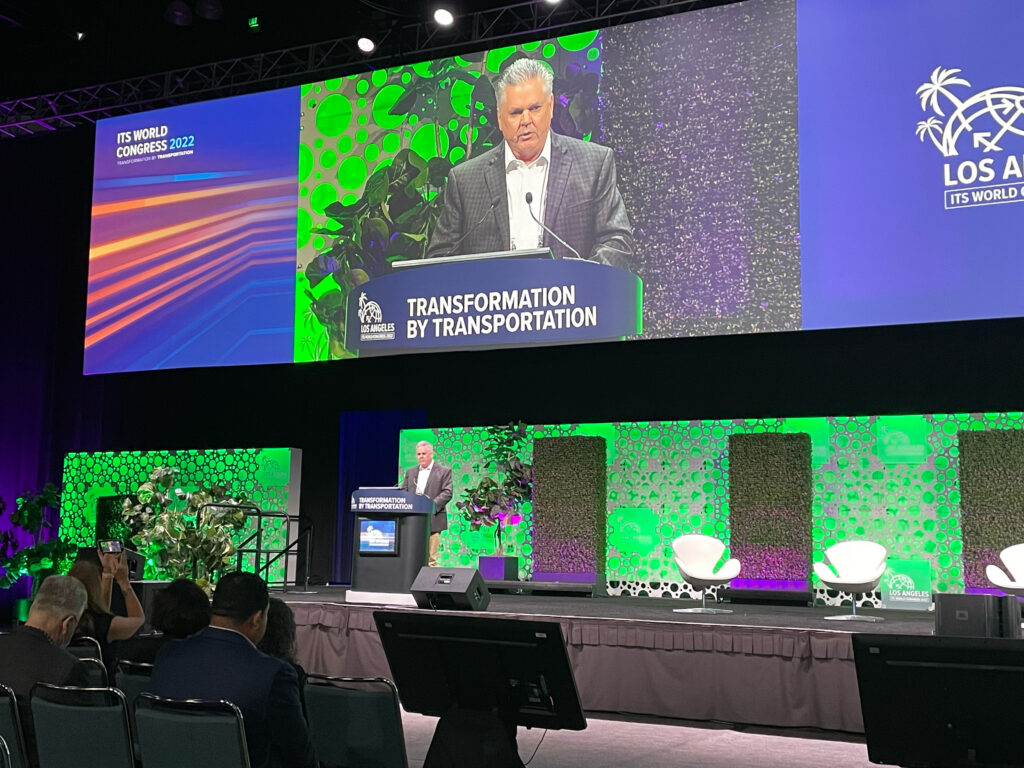 ”Congratulations to Beep for its innovative approach to providing electric, autonomous mobility that embodies ITS America’s vision of a safer, greener, smarter future for all,” said Laura Chace, President and CEO for ITS America.

“Beep is honored to be inducted into the ITS World Congress Hall of Fame,” said Joe Moye, Chief Executive Officer for Beep. “We are proud to be recognized by this prestigious institution along with our partners and the developer of Lake Nona, Tavistock Group, whose vision for a modern, connected live-work-play community has been instrumental to our collective success. We’re gratified to be considered an industry leader as we continue to work to extend our vision of mobility for all, with safe and sustainable autonomous transit solutions that reduce carbon emissions and traffic congestion.”

The recognition from ITS World Congress comes as the company celebrates its three-year anniversary in Lake Nona. Leveraging its integrated service delivery and technology stack and working in close partnership with the National Highway Traffic Safety Administration, Beep has safely transported more than 46,000 passengers in Lake Nona alone since the project’s inception. The Lake Nona project highlights the company’s “first mile, last mile” approach to extending public transport access and enhancing mobility options in communities across the country.

“Lake Nona’s living lab environment is known for accelerating innovation and there’s no better example than the success of our autonomous shuttle network operated by our partners at Beep,” said Rasesh Thakkar, Senior Managing Director for Tavistock Group. “This recognition highlights the importance of pioneering new ideas to find tangible solutions that benefit people in their everyday lives. We’re proud to be home to the country’s longest-tenured autonomous shuttle deployment and look forward to new achievements that lie ahead as the innovation journey is never over.”

Beep’s work in Lake Nona has served as a baseline for safely advancing the testing of autonomous shuttles and led to the expansion of deployments across the country for master-planned communities, public transportation agencies, and the first autonomous shuttle project in a U.S. National Park setting. At the company’s state-of-the-art Lake Nona headquarters and operations command center, Beep actively monitors its complete portfolio of autonomous projects both locally and nationally to provide instant support to its service areas.

“The innovative work by Beep in Lake Nona embodies the City’s vision to be America’s premier future-ready city and serves as a blueprint for other communities to follow,” said Mayor Buddy Dyer, City of Orlando. “Meeting the needs of our residents today and in the future requires collaboration at the highest level from all partners to ensure we can address community challenges and remain one of the best places to live.”

In addition to expanding its autonomous programs in Lake Nona and around the country, Beep reached a number of milestones in 2022, including executing a Series A-1 funding round of $25 million in April. Earlier this year the company announced a partnership with Benteler Electric Vehicle Systems and Mobileye to develop and deploy next-generation, automotive-grade autonomous shuttles to the United States. In March, Beep was named lead AV contractor for the Ultimate Urban Circulator by the Jacksonville Transportation Authority, the country’s largest ever public sector autonomous shuttle project. Other sites served include the City of Peachtree Corners, Georgia; Tradition, a Mattamy Homes community in Port St. Lucie, Florida; and Pinellas County, Florida in partnership with the Pinellas Suncoast Transit Authority.

Beep delivers the next generation of mobility services utilizing driverless, electric, multi-passenger vehicles. By specializing in planning, deploying and managing advanced autonomous shuttles for both private and public communities, Beep safely connects people, places and services in first-mile, last-mile mobility networks. Beep leverages the data and learnings from its public road deployments to produce vehicle-agnostic edge solutions to enhance the safety, access, artificial-intelligence and driverless operating capabilities of autonomous platforms and enable mobility for all. For more information visit www.ridebeep.com.